Letter of Testimony [Carta de Creencia] holds a special place in poetic oeuvre of the Mexican Nobel laureate Octavio Paz (1914–1998). It namely epitomizes classical traits of his poetic expression, while also being possibly the author’s best known poem. The staged translation from poetic into dance language, named Solo for Two Voices, is our interpretation of the masterpiece, willfully entrenched in the here-and-now, yet formally maintaining a structure of distinctly divided parts according to a musical score (cantata, code). Our aim was to establish a clear, precise stage language with the ability of holding an open dialog with the text; at the same time we have been examining, throughout the working process, into what form of co-existence the two poetics of dance meeting on stage for the first time might evolve. Paz’s poem, from the very beginning, shatters coordinates of space and time, and then goes on to – gradually and cutting through many layers – open the particular intimate relationship, on which we embark, to the ontology of love which is impossible to grasp by (mere) comprehension of togetherness of two. In this furiously disturbed world empty of meaning in which we live, it also insistently reminds us to keep asking ourselves this: what is truly essential. 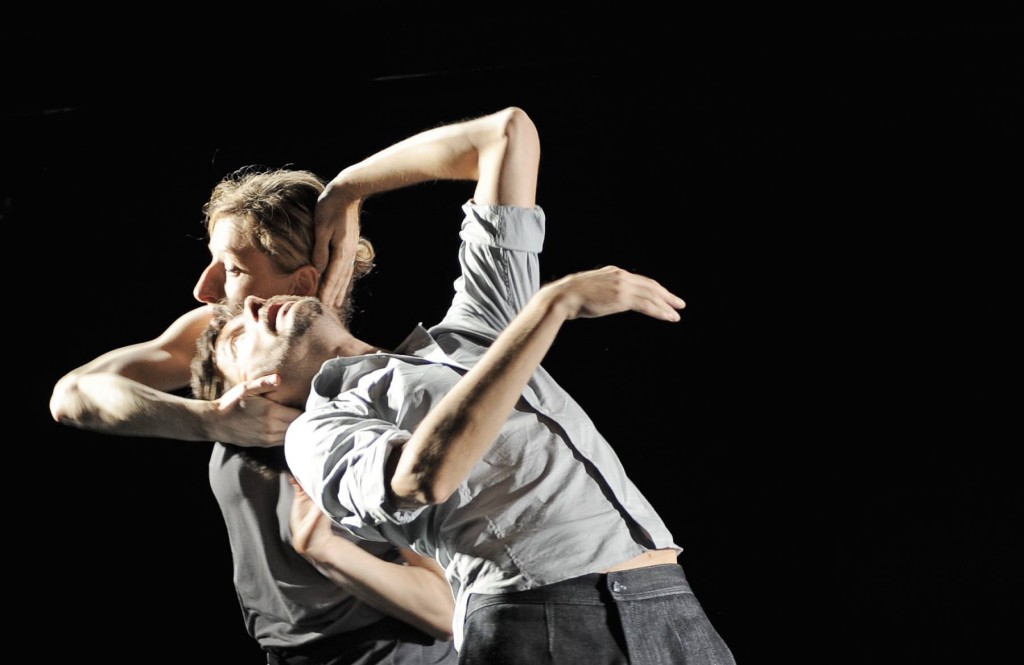