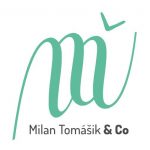 Fight Bright is committed to genuine perception, recognition, compassion and dialogue. Force is used for knowledge and defense, never for attack. Risk exploits self-realization. It creates a powerful force that takes the spirit back to the source of its conflicts. The interweaving of choreography, scenography and original music offers an experience that transcends the boundaries of the material and illuminates the field of energy, thoughts and ideas.

Milan Tomášik’s Fight Bright rounds off his choreographic trilogy of group performances (2014–18). In it, he continues and takes further the movement principles that he developed in cooperation with the dancers in his previous two performances: Hunting Season (2014) and Silver Blue (2015). He connects his interest in exploring the rhythm that emerges as a result of muscle tension in a dancer’s body with select physical and psychological contents and the related nuances of colour and emotion. Through precisely determined degrees of muscle tension, the performance reveals the movement interpretations of physical extensions in conceiving interpersonality, which in the manipulated world of “fake news” disappear on a daily basis. Harmony within chaos seems impossible and yet it is very much sought after, desired and existentially conditioned. The choreographer relates the physical principle of exploring [a] movement and the relationships that thereby emerge with aspects of process thinking in the sense used by the American psychologist Arnold Mindell.

In Milan Tomášik’s choreographic oeuvre, music plays a central role. The music for Fight Bright was created simultaneously with the choreography and therefore in places originates in the latter. It is an original work by Simon Thierrée, a French composer and musician that has cooperated with Tomášik for several years in co-creating the performances of the internationally successful collective Les SlovaKs. 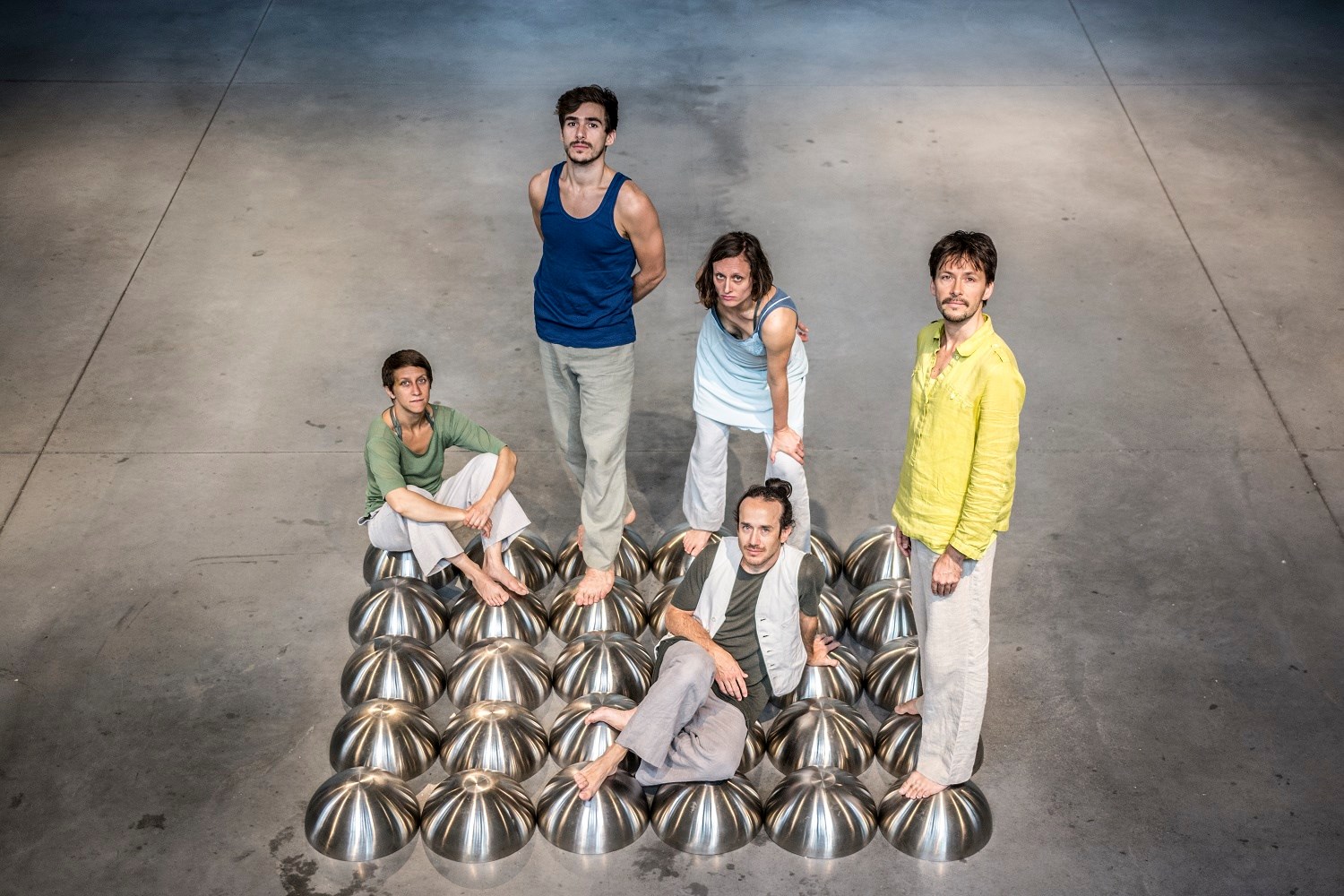 pictures and trailers by Stanislav Dobák 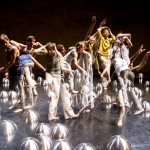 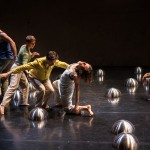 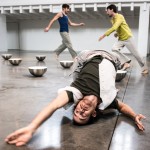 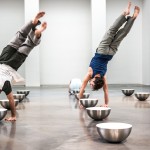 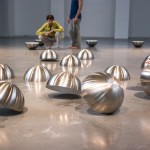 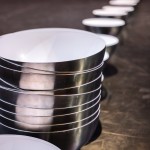 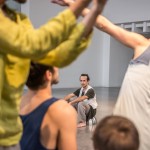 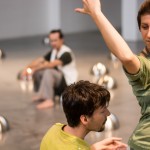 “The great quality of work is a certain measure of the slowness afforded by the choreographer, not the slowness of the movement itself, but the incorporated time – here for a look, there for rest, again for the development of a relationship that drives all the dance situations. It seems that, in this part, the stage is a sort of a cheerleading machine where there is no enforcement, rather the force or power is created through a game.  Not a free game, however, but one that, in the movements, compositions and changes, is sometimes almost geometrically precise, a game with many rules, which all the performers have mastered to the extent that they can afford  fervour and enable the work to breathe quite freely.” “Velika odlika dela je določena mera počasnosti, ki si jo privošči koreograf, a ne počasnosti samega giba, temveč vkomponiranega časa – tu za pogled, tam za počitek, spet drugje za razvoj odnosa, ki poganja vse plesne situacije. Zdi se, da je oder v tem delu nekakšen stroj za proizvajanje vedrine, kjer ni prisile, ampak se sila oziroma moč ustvarja prek igre. A to ni prosta igra, ampak v gibih, kompozicijah in premenah včasih skoraj geometrično natančna igra mnogih pravil, ki pa jih vsi dovolj obvladajo, da si lahko privoščijo polet in da delo precej svobodno diha.”

“Space, timing, structure and organization of the choreography, as well as the music, are so well-conceived, that this makes it a really enjoyable, light-footed, delightful performance!”

“The active contrast of dancers onstage is mainly perceived as a struggle between tension and resolution, the dramaturgy of a live act constantly shifting from agony to calmness. Yet in this performance the conflict is entirely outside the bodies, outside the collective, in an indirect, soft dialogue with the audience on the other side, also seeking to put the conflict outside themselves. The power of Fight Bright is not in attacking and defending, but in the capability of the bodies to take and be taken by each other without appropriating, without ever owning each other.” “Dejavno nasprotje, ki ga na odru vedno jemljemo kot temeljni sestavni del napetosti in razrešitve, večnega prehajanja med agonijo in pomiritvijo, je prisotno zunaj njihovih teles, zunaj kolektiva, v dialogu z občinstvom. Moč predstave se ne skriva v napadu in obrambi, marveč v sposobnosti teles, da si vzamejo druga drugo brez prisvajanja.”